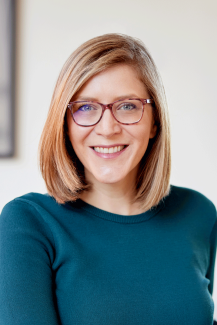 Katie Hammer joined MIT in February 2021 as Vice President for Finance. She oversees the activities of the Office of the Vice President for Finance (VPF), which reports to the Executive Vice President and Treasurer and plays a critical role in the thoughtful stewardship and effective ­­deployment of the Institute’s resources. The office’s responsibilities include assembling MIT’s Institute-wide budget, preparing its published financial statements and tax filings, advising senior leadership on endowment support for operations and other key financial dynamics, executing borrowings, managing liquidity and working capital, recording ­gifts, and overseeing payroll, procurement, and other services that enable research, education, and innovation at MIT. In addition to leading VPF’s 170-person staff of finance professionals, Hammer is a member of MIT’s Academic Council, Budget and Finance Steering Group, Supplemental 401(k) Oversight Committee, Employee Benefits Oversight Committee (EBOC), Enrollment Management Group, Gift Policy Committee, Committee for the Review of Space Planning (CRSP), and the MIT Press Management Board.

Hammer comes to MIT with substantial experience in financial leadership roles in mission-driven settings with significant and complex responsibilities. From 2017 to 2021, she served the City of Detroit in leadership roles including Chief Deputy CFO and Deputy Chief Operating Officer. During her tenure, Hammer oversaw budget, treasury, procurement, and other financial functions for the Office of the Chief Financial Officer. In partnership with City leadership, she led a range of initiatives to bolster Detroit’s fiscal and economic resilience and implemented a multifaceted plan that enabled the city to address a shortfall in revenues due to the COVID-19 pandemic.

From 2015 to 2017, Hammer was budget director for the City of Boston, where she developed and managed the city’s $3 billion annual operating budget and $2 billion five-year capital plan, investing in education, public safety, transportation, efforts to reduce homelessness, and improving municipal services. She played a leading role in public education funding issues for the city, working to ensure adequate state support for Boston’s schools.

Hammer also held appointments as director of workforce management and finance at the Massachusetts Convention Center Authority (2015) and assistant secretary for administration and chief of staff at the Commonwealth of Massachusetts Executive Office for Administration and Finance (2011-2015), overseeing core state government operations and developing a $17 billion five-year capital investment plan.

Hammer holds a BA in political science and economics from Washington University in St. Louis and an MPA from the Princeton School of Public and International Affairs at Princeton University with a concentration in economics and public policy.

The Strategic Sourcing team at VPF is pleased to announce the addition of Spry, QRST’s, and Fresh Prints to the roster of Preferred suppliers for promotional items.

Discounts for the MIT Community

Discounts for the MIT Community
Receiving and Paying

Information for Small and Diverse Suppliers

In an Emergency
While You Are Traveling

Your Paystub or Earnings Statement

Your Paystub or Earnings Statement

W-2 Forms and Other Tax Forms

W-2 Forms and Other Tax Forms

Journal Vouchers that include a WBS Sponsored Cost Object