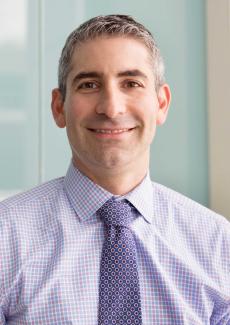 Glen Shor joined MIT in January 2015 as Vice President for Finance. He oversees the activities of the Office of the Vice President for Finance (VPF), which reports to the Executive Vice President and Treasurer and plays a critical role in the thoughtful stewardship and effective ­­deployment of the Institute’s resources.  The office’s responsibilities include assembling MIT’s Institute-wide budget, preparing its published financial statements and tax filings, advising senior leadership on endowment support for operations and other key financial dynamics, executing borrowings, managing liquidity and working capital, recording ­gifts, and overseeing payroll, procurement, and other services that enable research, education and innovation at MIT.  In addition to leading VPF’s 170-person staff of finance professionals, Shor is a member of MIT’s Academic Council and 401(k) Oversight Committee; co-sponsors its Research Administration Coordinating Council; and serves on the management boards of the MIT Press and MIT Medical.

Prior to his work at MIT, Shor served in 2013 and 2014 as Secretary of Administration and Finance (A&F) for the Commonwealth of Massachusetts under former Governor Deval Patrick, overseeing the state's operating and capital budgets and its agencies charged with tax collection, information technology services, facilities management, procurement and human resources.  As Secretary, Shor drove improvements to government operations, implemented “pay for success” initiatives providing skills and job training to young people and housing to the homeless, and strengthened the state's fiscal practices by significantly increasing its contribution toward public pension obligations and reducing its use of reserves to meet recurring budgetary needs.

Shor was profiled in the Boston Globe Magazine in 2012 as one of “12 Bostonians Changing the World” for his contributions to health reform in Massachusetts while serving in the Patrick Administration.  He played a leading role in implementing programs and policies that have expanded coverage to hundreds of thousands of the Commonwealth's residents starting as a policy director and Assistant Secretary within A&F (2007-2010) and then as Executive Director of the Massachusetts Health Connector (2010-2012) and Chair of its Board (2013-2014).

Before serving in the Patrick Administration, Shor was senior policy counsel and assistant attorney general in the Office of the Attorney General of Massachusetts, a senior policy aide to former U.S. Rep. Martin T. Meehan, chief counsel to U.S. Sen. Charles E. Schumer, and a public interest attorney who participated in the McConnell v. FEC campaign finance case before the U.S. Supreme Court.

Shor holds a BA in history from Yale University, awarded in 1993, and earned a law degree from Harvard University in 1996.

Fundamentals of Financial Management (Day 1 of 3)

Fundamentals of Financial Management (Day 2 of 3)

Fundamentals of Financial Management (Day 3 of 3)

Ordering from the MIT COVID-19 Store

As the Institute prepares for the next phase of the campus ramp-up, MIT is providing additional guidelines on ordering supplies from the MIT COVID-19 Store, which provides items such as Personal Protective Equipment (PPE) and cleaning supplies necessary to keep our community safe.

VPF has launched a new webpage that provides information on MIT's Small and Diverse Business Program. The page includes information for suppliers and for members of the MIT community.

Discounts for the MIT Community

Discounts for the MIT Community
Receiving and Paying

In an Emergency
While You Are Traveling